Philippines Should OPEN Its Economy IN ORDER to Progress! 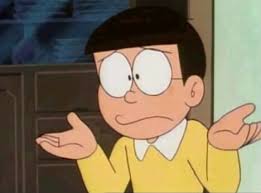 Why are people thinking that the Law of Nobita will save the economy?  Economics people and more of the answer- ECONOMICS!  The Philippines must open up its economy otherwise it will continue to rely on OFWs rather than opening up the economy will further mar the country.  I mean with the bad culture Pinoys have, sad to say there are more Overseas PINOY Workers than there are Overseas Filipino workers.  Many OPWs are lawbreakers and are really putting Filipinos at risk of unjust persecution!  Now what's wrong with the economic policy?   It relies too much on the Rule of Yellow better renamed as the Law of Nobita.  Sadly, President Nobita can't understand things not because he's stupid but because he refuses to understand them!

The Philippines' 1987 constitution looks like it tries to remake Mao Zedong's policy of closing China's doors in its own way.  I mean, learn from history.  When China and Japan closed their doors to the world, they became really dysfunctional societies.  During the Imperial era of Japan, suicide was very high due to ethnocentric pride to the point suicide in Japan had somewhat become a bad culture that needs to be discouraged.  In China, Mao's policy only drowned China to bad economics- only when Deng Xiaopeng opened China did the sleeping giant become an awakened giant.  China's change of culture from respect of daughters, to having women's rights to even starting to repeal stupid policies has made China a better country than it was.  Japan after World War 2, when it became open to westernization became the country that revolutionized Asia with its quality shows.  On the other hand North Korea suffers compared to South Korea because of stupid economic policies.

Why do I favor 100% ownership of foreign businesses AS LONG as they abide by law?  Simple.  They can invest fully.  They do have the option of having a Filipino owner to the business but they are required to hire Filipinos since the aim is to GENERATE EMPLOYMENT.  A foreign business must hire the citizens of the country they are in.  This of course they are subject to government taxes for income SOLELY in the Philippines.  The government then can only kick out these people if they are doing illegal businesses like smuggling, not paying taxes and generating employment in the Philippines.  This of course should be a start to transform Philippines from an infested rathole to a more progressive place like Hong Kong and Singapore.
business Philippines