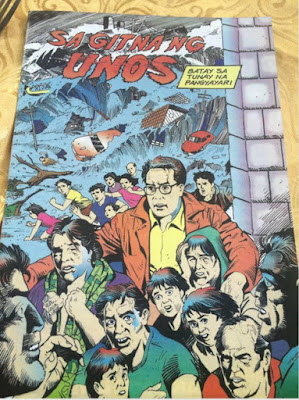 After a Filipino staff member of Saban Brands (who did not want to disclose herself) was given a copy of "Sa Gitna Ng Unos" meaning "In the Middle of the Storm". Saban was able to get an English version of the comic strip and called it a huge pile of garbage but thought it might make a great comedy series. Saban flew off to Japan to meet Toei's CEO Noriyuki Tada and gave a copy of the comic book. With a translator at hand, Tada said that the whole comic book was a big pile of garbage but it gave him an idea. 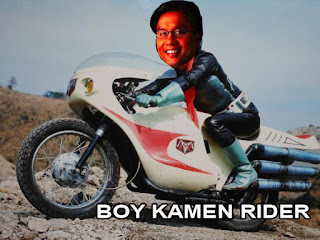 Inspired by the event where Roxas sought to become a Kamen Rider and failed miserably, both parties agreed to name the series Shippaiman. Shippai means failure in Japanese. The story of Shippaiman takes place that a huge storm hit Akihabara. Shippaiman tries to become a superhero but his henshin powers only makes the situation worse. The main character is named Manabu Rokuda (same initials with Mar Roxas) who is a failure of a superhero. Casting decisions are still open for audition requiring the main character to be at least 50 years old to play the part. Manabu Rokuda is married to a nosy reporter named Kashiya Sano whose tactlessness causes ire to the Japanese media.

The head writer for Shippaiman is Yoshio Urasawa who was responsible for Carranger. Possible secondary writer may include Naruhisa Arakawa. Like Akibaranger, it is intended to be a short series to mock the comic, "Sa Gitna Ng Unos" for all the nonsense that it contained.
satirical news Shippaiman Tokusatsu